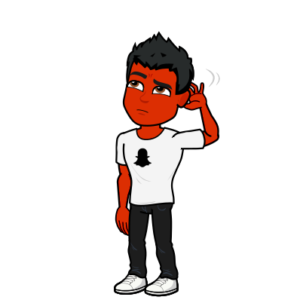 I was once like you, searching, digging, scanning the internet. Desperately looking for answers and yearning for the truth.

Do you feel that you’ve been left in the dark with vital information; as if they were not telling you everything? 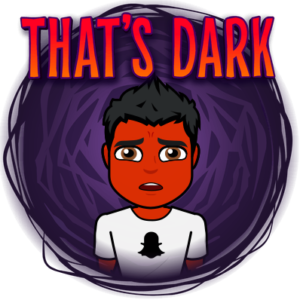 What is the cure for psoriasis you ask? Didn’t the doctor say there was “no cure, only lifetime topical treatments that helps control it from spreading or itching too much.” If you heard the doctor say something similar to that quote then you must not want to take that information with a grain of salt because here you are seeking alternatives.

But don’t get mad at the average doctor for lying to you because more than likely he’s just trying to keep his job by telling you what big pharma wants you to think. Which is buy more of our medications and everything else “shows no indications or evidence that it works.”

Just smile and understand that most of us are not the idiots they take us for.

So What Is The Cure For Psoriasis?

To understand the question, “what is the cure for psoriasis?” You have to 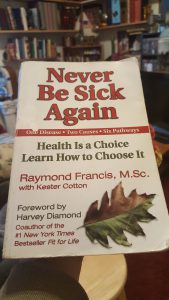 Each have laid their reputations on the line to prove their controversial perspectives about disease and have succeeded.

All have tested their hypothesis in the field with hundreds of patients and controlled variables. And finally, all three have proven their points with successful outcomes matching their hypothesis.

2. As if confirming Doctor Francis “toxicity 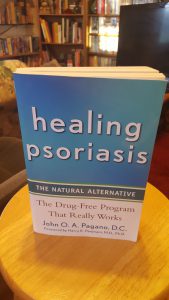 ” point to the letter, Doctor Pagano has concluded that Psoriasis is the “leaky gut syndrome, the workload for the kidneys and liver becomes so great that the body has to eliminate waste through the skin.” – Dr. John O. A. Pagano, D.C. – who wrote Healing Psoriasis. 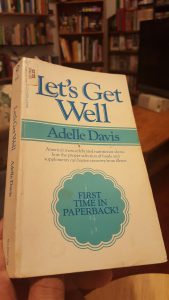 3. Another one of Doctor Raymond Francis points confirmed. The matter of deficiency. The “lack of so many B vitamins” or “deficiencies… have resulted in scaliness of the skin. And showers of dandruff. – Nutritionist Adelle Davis who wrote Let’s Get Well.

Let’s think about the problem. In this case, the epidermis is not operating the way it usually operates; it’s doing something strange, something unusual. They diagnosed this skin disorder as psoriasis.

So what is psoriasis? Psor/o means [itchy] and -aisis means the [state of] or [process of]. Psoriasis is the state of being itchy. It’s defined as an autoimmune disorder in which the skin creates an excessive amount of cells. 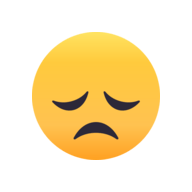 and/ or silvery scales. It usually occurs on the knees, scalp, elbows, and arms, but can manifest anywhere on the body.

The current problem is that the skin cells are being attacked by the body’s lymphocytes aka immune cells. The lymphocytes fight and damage healthy skin cells thus shortening the life of those cells which causes more cells to produce faster in its place. This cycle ends with inflamed, flaking dead skin and then it repeats.

Malfunctioning cells are present with every disease. From diabetes to dementia. From cancer to the common cold. Cells and primary systems are malfunctioning. Secondary systems are being activated. This is happening due to one or two reasons.

Toxicity means too much toxin intake. If you are constantly eating and drinking trashy foods and garbage drinks, meal after meal, day after day, year after year, then you are obviously setting your body up to malfunction.

It simply can’t take the abuse without something somewhere going drastically wrong, malfunctioning, shutting down and activating secondary toxin release 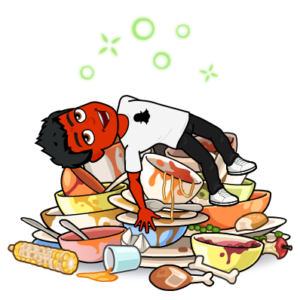 Some trashy junk foods are usually the cause of toxicity but being exposed to harsh chemicals is also a major factor too. Constantly using the wrong soaps or being present around certain environmental anomalies is a major factor to consider.

“What is the cure for psoriasis?” Avoid everything on my Don’t List is part of the answer. I discuss a huge list of things to be avoided when healing from psoriasis. These items are mostly foods that should be avoided when trying to rid the body of psoriasis.

Why not cease all toxicity all together?” Because toxins are everywhere, our bodies are exposed to it 24/7. Computer screens to cell phones, man made food to laundry detergents, all the beverages we drink to the air we breathe. There will always be toxicity, avoiding what we can when we can and to the best of our abilities is a good balance of time and choices.

Cells of all kinds need tremendous amounts of nutritional intake to operate at peak potentials efficiently. If the body’s system is not operating at its max potential, then there is space for error. 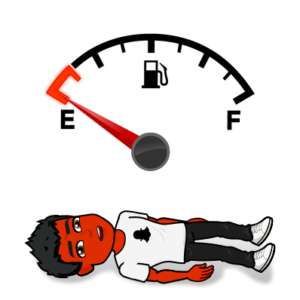 to the point of exhaustion while reacting to excessive toxins. Symptoms occur in proof of this.

The medical term for “symptom” is indication of disease present. Symptoms are indicators of major skirmishes going on in the human body.

These fights consist of white blood cells and body mechanics vs. bacteria, viruses, toxins, and many other contaminants alien to the body.

The display of symptoms indicates malfunctioning and secondary systems being activated. 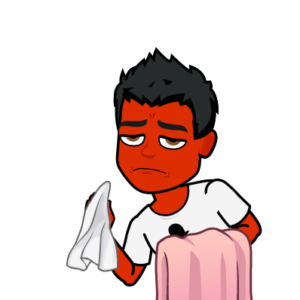 Usually in all cases, medications counter the symptom and not the problem. A good example would be that the common cold medicine reduces the symptom of a runny nose by slowing the flow of mucus, but it doesn’t stop the problem on why the nose is runny in the first place.

The nose is runny because it’s attempting to rid the human body of excess toxins, viruses, and bacteria.

With the skin problem psoriasis, simply putting on potent ointment to reduce itch, flakes, inflamed swelling, and redness, will not eliminate the problem but only reduce the symptom.

If you asked, “what is the cure for psoriasis?” Here it is again. Drastically reduce toxicity and significantly increase nutritional intake.

Prep for the worst by giving your beloved body a fighting chance. Nourishment is what the body requires. High doses of nutrition will give your body the expected enrichment required to fight off low amounts of toxicity and operate sufficiently. 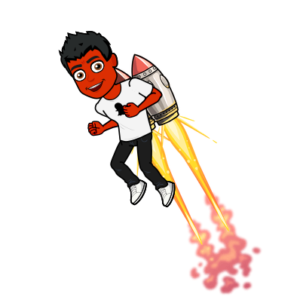 “What is the cure for psoriasis?” I cured my psoriasis by doing the things on my “Do List.” It is indeed part of the answer. I discuss a huge list of things to do to cure psoriasis. These items are mostly nutrients that should be utilized by the body indefinitely.

B Vitamins are what people with skin conditions are extremely deficient with.

According to Nutritionist, Adelle Davis, who wrote, Let’s Get Well, eczema and psoriasis are both caused by a “faulty utilization of fat,” and deficiencies of “vitamin B” and “lecithin.”

She pushes her readers to replenish lecithin, vitamins C, E, A, especially B vitamins which can alleviate skin diseases.

She has discovered that both animals and humans alike suffer from “various types of skin rash…when deficiencies of essential fatty acids or almost any one of the B vitamins,” are obvious. The Nutritionist stresses that the situation can become much worse if not confronted.

Both animal and human can become “encrusted with heavy, itching scabs.” She suggests the utilization of Lecithin and multiple Vitamin B.

Here is a Link to some high quality B complex.

Lecithin is a lipid that exists in the body presently. Produced by the liver, it is one of the primary components that hold together cell walls; it is also present in other animals, eggs, spinach and many other perishables. An organic building block. A magnificent natural occurring phospholipid in the body’s cell membranes that holds us together. But that’s the boring part.

Now get this. Because excessive amounts of toxic cholesterol exists in the 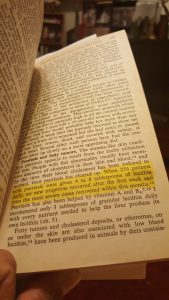 blood and also in the skin cells of those that have psoriasis, lecithin can work in the readers favor by reducing cholesterol and dissolving it. You read right. Dissolve toxic cholesterol.

Lecithin emulsifies fats, enabling the fat to be dispersed in H20. Psoriasis patients have shown to have an overloaded amount of fat cells. Harnessing lecithin should be definite because it dissolves toxic fat.

What is the cure for psoriasis you ask? Lecithin is a God-send because it is part of the answer you seek.

“254 patients” ceasing new break outs after the first week, after being given “4 to 8 tablespoons” of lecithin. Even severe cases of psoriasis displayed recovery after just five months.

I like the liquid lecithin that has no soy and is Non GMO. Here is the Link to some Lecithin.

Want to see more you can do to ditch skin problems. Go to “The Do List” 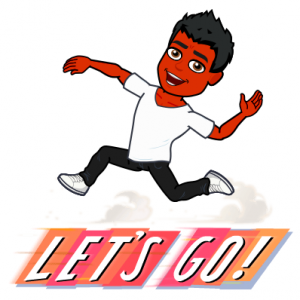 here on this website or get the full eBook here.

The other Posts include:

– “How to Cure Psoriasis“

If you don’t want to purchase my book just yet. Study and browse

However, if you want to have your own personal downloaded copy in a simple and easy to navigate interface, you are in luck. A portable and accessible eBook reader app like Kindle, Apple, ePub, PDF, etc, etc, are some examples.

Read on or off-line however you choose or can. No internet connection no problem. Learn off grid and keep this valuable information forever. 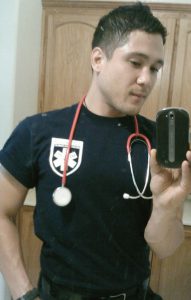 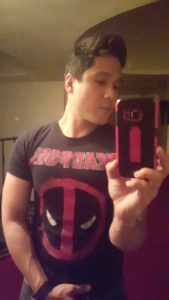