When I was young, Popeye the Sailor Man was still on basic cable. And it seemed like every episode, Popeye would get into a fight with a bully named Bluto the Terrible, cool name right? Reflecting his name, Bluto was indeed terrible because he always terrorized Popeye and harassed Popeye’s girlfriend Olive Oyl. For the 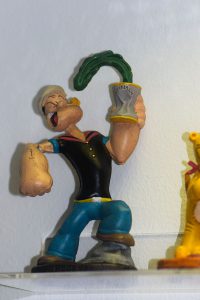 most part, Popeye would win the fight after if he ate his secret stash of spinach. But why spinach? In this article, we’ll discuss spinach, the secrets of spinach, and why it’s one of the many foods that reduce inflammation.

It is believed that spinach originates from the edible wild plant called Spinacia Tetranda. Spinacia Tetranda is still gathered in multiple eastern country’s today. Known as a flowering plant of the Amaranthaceae family, spinach can be considered one of it’s popular members.

Early Persian writings indicate that spinach was present in civilization as far back as the Post-Antiquity era and earlier. It was also known to be popular in many other countries including ancient China.

Contrary to what their colleagues suggest. Some historians believe that spinach was abundant in ancient China before it’s abundancy in the Mediterranean. Likewise, spinach was largely cultivated in Persia far before ever being present in China.

What’s All the Hype about Mediterranean Food?

The country’s that surround the Mediterranean Sea are known for their healthy foods. Some of these country’s include. 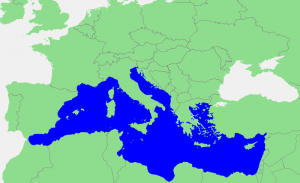 The Mediterranean diet for example, which is extremely nutritious, is one of the healthiest diet plans to follow. But why is this?

The reason Mediterranean food gets a lot of hype is because Mediterranean meal plans consists of foods packed with nutrients, natural nitrates, and unsaturated fats. All of which are exceptionally beneficial, especially when combined.

Spinach is very common in the Mediterranean diet as well as many other leafy green vegetables, nuts, fruits, fish, and healthy oils.

One of the Many Foods That Reduce Inflammation is Spinach

Spinach reduces inflammation because it contains anti-inflammatory compounds such as multi-vitamins, omega 3 fatty acids and phytonutrients. All of which 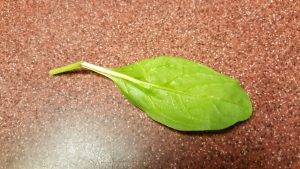 But sometimes inflammation gets out of control and attacks itself.. This usually happens when to much inflammatory foods have been consumed, as well as neglection of exercise,  stressful living, and lack of proper sleep. This is called chronic inflammation.

The Anti-Inflammatory Vitamins in Spinach

B vitamins inside spinach regulate inflammation. In light of this, B6 and B9 are all components that are also added to anti-inflammatory drugs. These medications are prescribed by doctors to treat inflammatory diseases.

So by eating spinach in the first place, vitamins B6 and B9 are all naturally absorbed and therefore anti-inflammation benefits are reaped.

E vitamin inside spinach regulates inflammation because of it’s antioxidant qualities. Antioxidants protect your cells from free radicals and reduce inflammation at the same time.

As a conjunction, vitamin E works extremely well with vitamin C present. The two compliment each others presence, thus reducing inflammation even more by amplifying each others effects. Vitamin C is present in spinach, making spinach a power house super food.

C vitamin. Talking about one of the best vitamins in the world. Vitamin C can do multiple wonders. Countering inflammation is but one of them. Mainly, vitamin C act’s as an electron doner.

The vitamin C found in spinach can not only prevent illness, but it can also reverse illness too. This works because vitamin C donates electrons to free radicals.

So as a bonus, vitamin C reverses illness. It does this by repairing oxidative damage caused by free radicles. Free radicals can cause major inflammation issues, but Vitamin C not only prevents but it reverses.

A Vitamin. Are you kidding me? The A vitamin is present in spinach too? Yes it is. If you were to get your A vitamin from any source, spinach would be a good choice.

Adelle Davis, a 1960’s Nutritionist, explained that the inflammatory disease psoriasis and eczema are caused by a vitamin deficiency and a “faulty utilization of fat.”. She recommends, lecithin and the vitamins A, B, C, and E.

Other sources state that vitamin A can counter a multiple inflammatory diseases. This includes inflammation of the joints, organs, and skin.

It is suggested that Vitamin A deficiency may even cause inflammation.

Not only does vitamin K allow the coagulation of blood which prevents excessive bleeding. But researches state that vitamins k1 which is found in leafy greens like spinach, and k2 which is usually synthesized by gut micro-flora, both have anti-inflammatory qualities.

While observing data from over 1000 participants in a vitamin K experiment. The case study showed that in association with Vitamin K1, a decrease in inflammation took place.

Spinach Fights for You

Spinach doesn’t just fight Inflammation, it fights other disorders too. Here’s a list of ailments that spinach works against. 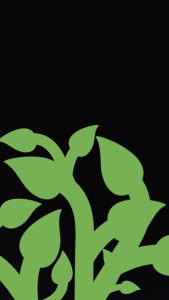 Why Does Popeye Get Strong After Eating Spinach? 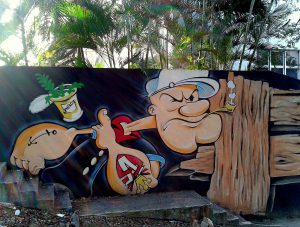 Because spinach has steroids. I’m not kidding. There is a rare component to spinach which few plants posses. It’s called phytoecdysteroids. It’s a natural occurring steroid found only in certain plants. 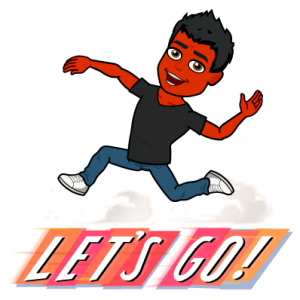 The other content will help you understand WHY inflammation happens in the first place. Understanding the WHY will help figure out HOW to counter inflammation that much easier.

This is the “Foods That Reduce Inflammation” section of this website where spinach was discussed in full. If eaten in conjunction with The Do List and the Don’t List, it will help you reduce inflammation naturally and it will also help you be healthier thereof.

If you have inflammatory skin problems such as psoriasis or eczema keep reading all the material on this website because it was designed  for people like you.

Image courtesy by edited by M.Minderhoud (own work based on PD map) [Public domain or Public domain], via Wikimedia Commons